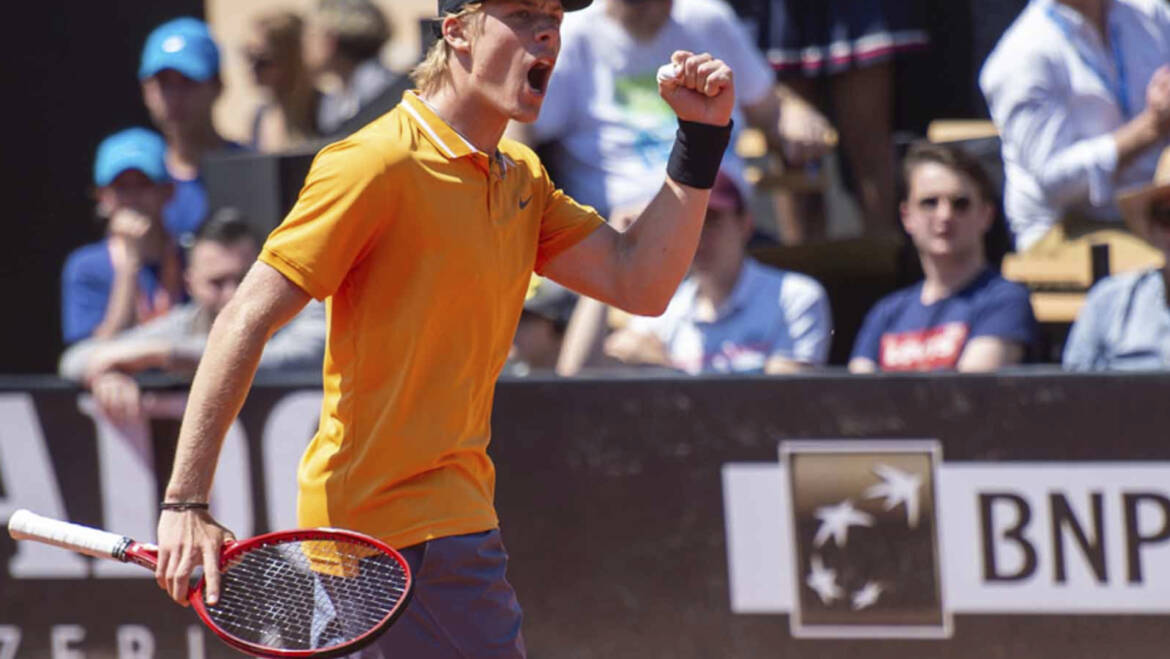 Denis Shapovalov is currently the No. 2 ranked Men’s Canadian player and No. 23 ranked Men’s player in the world on the ATP Rankings – making him the youngest player inside the ATP Top 25!

Born in Tel Aviv, Israel, Denis’ family moved to Ontario when he was just 9 months old. His mother and former professional women’s player, Tessa Shapovalova opened a tennis academy called TessaTennis in Vaughan, Ontario. It was there at the age of five that Denis started playing tennis and fell in love with the sport. Growing up, his idol was Roger Federer.

Denis had a very successful junior career in which he was ranked No. 2 on the U18 Junior ITF Rankings. Among his many achievements throughout his junior career, the most notable were his singles title at the 2016 Wimbledon and his doubles title with fellow Canadian, Felix Auger-Aliassime, at the 2015 US Open.

The following year, Denis declared his professional status on the ATP Tour. That same year, “Shapo” as he became to be known, played in his first Davis Cup tie for Team Canada and reached his first ever ATP Masters 1000 semifinal (in Montreal), beating Juan Martin Del Potro (ARG) and Rafael Nadal (ESP) en route – becoming the youngest player ever to reach the semifinals of a Masters 1000 event. Fun fact: that week while Denis was in Montreal, he stayed in the basement of Felix Auger-Aliassime’s family home! At the time, Felix had a poster of Nadal on his bedroom wall. That same week, after Dennis took out Nadal in three-sets, Felix and Denis returned home and Felix took down the poster, telling Denis that he ought to put up a poster of Denis instead! Denis would end the year as the ATP’s Newcomer of the Year and the ATP’s Most Improved Player of the Year.

If 2017 was Shapo’s breakout year, then 2018 was the year he became a household name. He surpassed Milos Raonic (briefly) as the No. 1 ranked Canadian and achieved a career-high ranking that year…. 11 times! At his peak, he was ranked No. 23, the youngest player to be ranked in the Top 25 since then-No. 19 Gasquet in 2005.

At the 2019 Miami Open, Denis reached his third Masters 1000 semifinal, losing to the eventual champion and his childhood role mode, Roger Federer. On April 21, following his run in Miami, Shapo reached his career-high ranking to date, No. 20. Two weeks later, he turned 20 years old. In the last year and a half, Denis has won over 40 tour-level matches, but he his yet to make an ATP Final. For the rest of this season, his goal is to win his first ATP Tour title and crack the ATP Top 20.

Like a true Canadian, Denis says that if he wasn’t a tennis player, he would have been a hockey player because he loves the sport… we’re sure glad he played tennis!