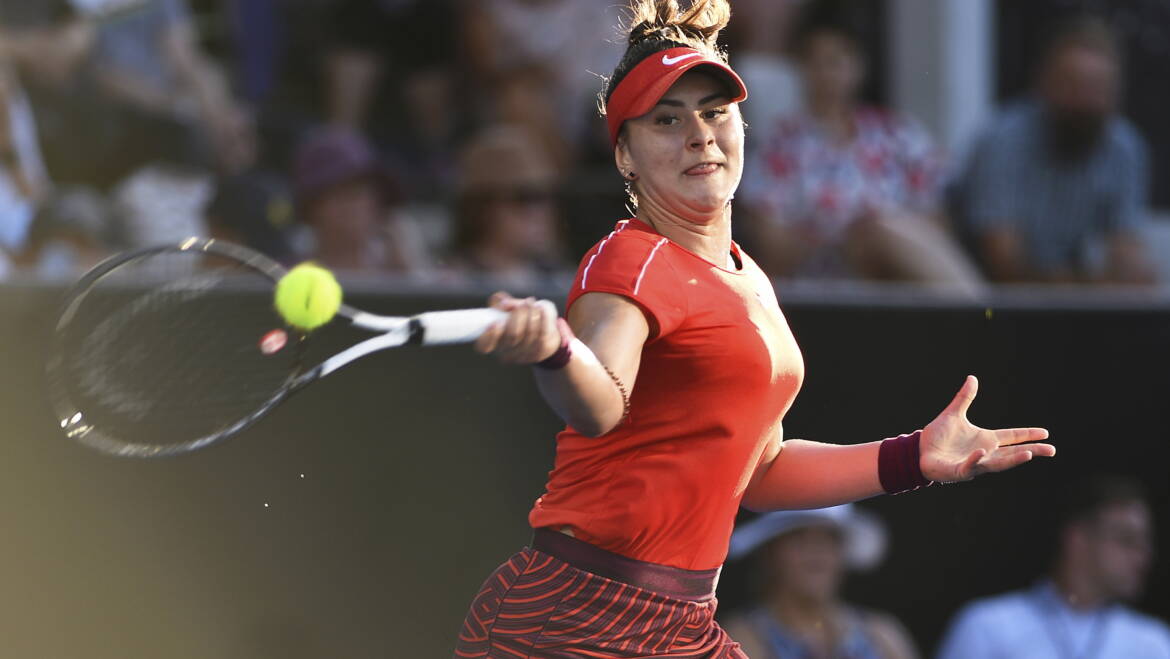 Born in Mississauga, Ontario on June 16, 2000, Bianca’s family moved back to their native Romania when she was a young child. At the age of 7, Bianca started playing tennis in Romania and on her return to Canada at age 11, Bianca joined Tennis Canada’s U14 National Training Centre in Toronto.

Bianca’s junior ITF career would see her rise to a Career High U18 ITF Ranking of No. 3 in the world (2016). Her overall junior ITF career record is an impressive 90-20 in singles and 62-18 in doubles. In her last year on the junior tour, Bianca reached the singles semifinals of the Australian Open and US Open, and was crowned the girls doubles Champion at the Australian Open and French Open alongside her partner and fellow Canadian, Carson Branstine.

In 2016, Bianca played in the qualifying event of Canada’s largest WTA event, the Rogers Cup. That week, her childhood tennis hero, Simona Halep, encouraged her to become a professional tennis player. Imagine getting the chance to talk to your tennis idol – wouldn’t you follow their “tennis tips” too?

In 2017, Bianca officially become a professional tennis player. Her first two years on the circuit saw Bianca win two Women’s $25,000 ITF singles events in each year. In 2017, she would go on to defeat Kristina Mladenovic and become the first player born in the 2000s to score a win over a Top-20 player. Fast-forward to Spring 2019, and Bianca has already won two singles tournament this year – this time, on the WTA Tour. In January 2019, Bianca claimed her first ever WTA title at the 125K Oracle Challenger Series in Newport Beach, California. California proved to be a great location for Bianca’s tennis this season as she then followed up by winning the title at the BNP Paribas Open in Indian Wells, a WTA Premier Mandatory event. Bianca was the first-ever Wildcard to reach the finals. En route, she defeated Dominika Cibulkova (former world number 4), Garbine Muguruza (former world number 1 and two-time major champion), 6th seeded Elina Svitolina (former world number 3). In the final, Bianca faced Germany’s Angelique Kerber (former world No. 1 and three-time Grand Slam champion). She beat Kerber 6-4, 3-6, 6-4. Anyone who didn’t know who Bianca was, definitely learned her name that day. With one of the most important titles now under belt, Bianca announced to the tennis world that she was now the one to beat. Following her title in Indian Wells, the 18-year old soared to No. 23 in the world.

Since March, Bianca has been taking a break and nursing a shoulder injury. After spending some well-earned time with family in Toronto and Miami last month, she is currently training on red clay at the Rafa Nadal Academy in Mallorca, Spain. She has thus far confirmed that she will participate in the French Open, which starts later this month in Paris.